In 1950, this Austria-born sculptor began exploring modular sculptures featuring infinite continuous surfaces. Some of these structures lent themselves to architectural usage as room dividers and light-diffusing perforated walls. He patented these designs, developed the technologies to manufacture them, and installed several such walls in churches in Vienna. As a result, he was awarded a Fulbright scholarship and came to the United States in 1955. After a stay at the Rhode Island School of Design, he was invited by Josef Albers to join the faculty of Yale University where he taught until 1990. Hauer’s patented designs were licensed to the New York firm Murals Inc. and marketed throughout the United States and six other countries. These designs were listed in DOMUS 1928-1999 among the ”quintessential works of modernism”.

After a successful period of about twelve years, the architectural screens ceased to be manufactured due to changing market conditions. Hauer continued to work as an independent sculptor in Bethany, Connecticut, exploring more Continua that were not intended for use in architecture and exclusively consisted of saddle surfaces, a field of studies to which Hauer made significant contributions. His works are included in many public collections including the Museum of Modern Art, Brooklyn Museum of Art, Art Institute of Chicago, Wadsworth Atheneum and Museum of the National Academy of Design. In 2004, when Princeton Architectural Press published "Erwin Hauer: Continua, Architectural Screens and Walls", there was a renewed demand for Hauer’s modular walls. Hauer teamed up with his former student Enrique Rosado to produce some of his earlier designs and to adapt his Continua screen walls for production by up-to-date technology. In 2017, Hauer published his second book, "Still Facing Infinity: Sculpture by Erwin Hauer", just days before his death. John Hill, designer of both books, recalls the universal influence of Hauer’s sculptures. "Erwin's work cuts across many disciplines—his sculptor peers, of course, but also architects, mathematicians, and musicians get caught up in its elegance, complexity, and simplicity." 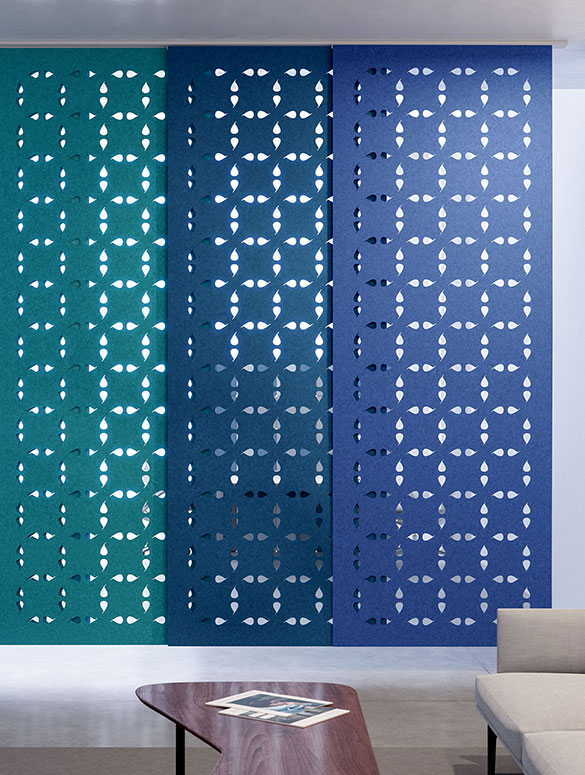 Erwin Hauer has spent his life perfecting architectural screens and sculptures that celebrate the infinite continuous surface, known as Modular Constructivism. His light-diffusing walls and room dividers have been lauded as “quintessential works of modernism.” FilzFelt has partnered with Erwin Hauer Studio to reinterpret four of his iconic Continua designs in a series of Hanging Panel patterns. 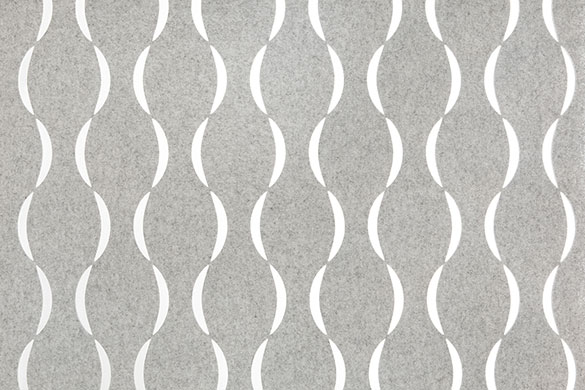